The press event for the Takashi Murakami for Shu Uemura 6 Heart Princess collection was held in Tokyo today and graced by Murakami himself (who goes by 'takashipom' on Twitter and Instagram). Here's the list of products in the collection.

13. 6 Heart Princess Pink Or Black traincase: Advance release at Umeda Hankyu in Osaka from 23 Oct and the Omotesando Hills flagship store in Tokyo from 1 Nov. (27,300yen)

Pics below from Livedoor. 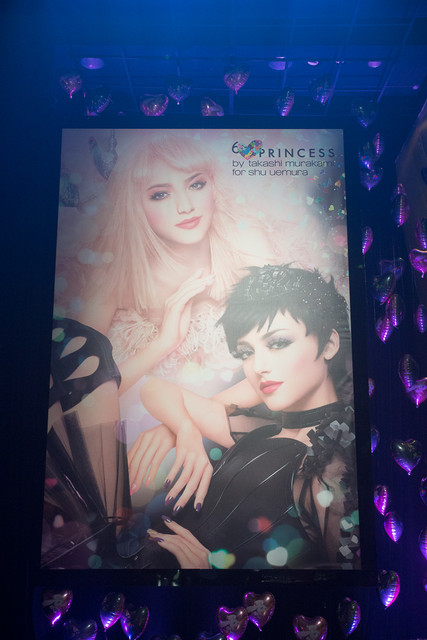 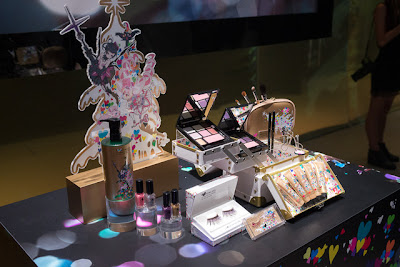 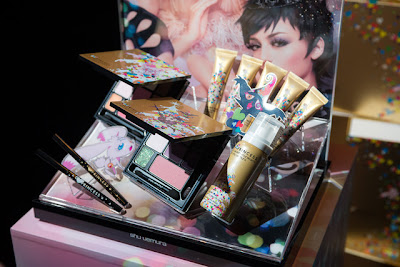 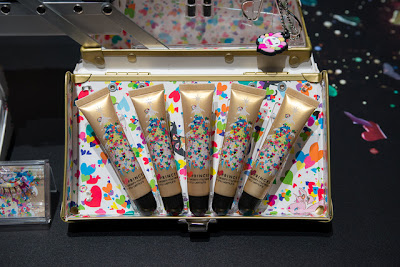 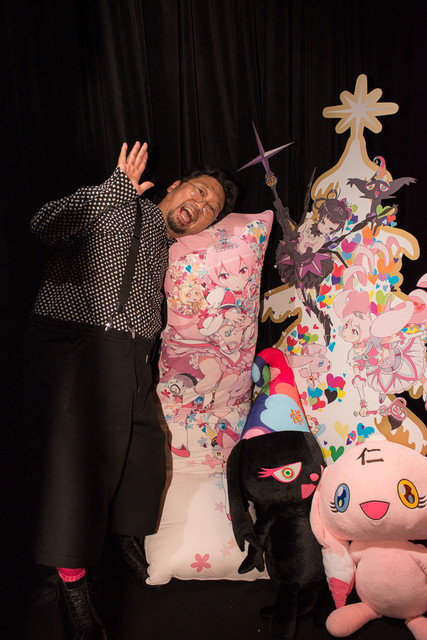 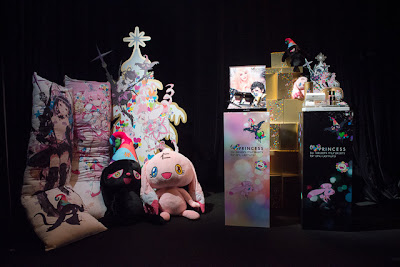 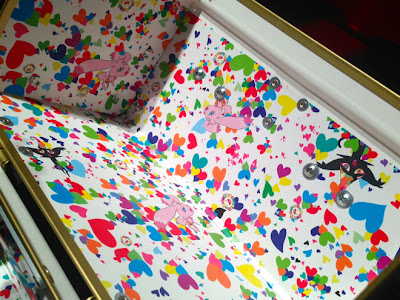 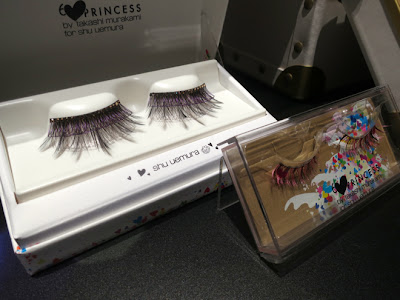 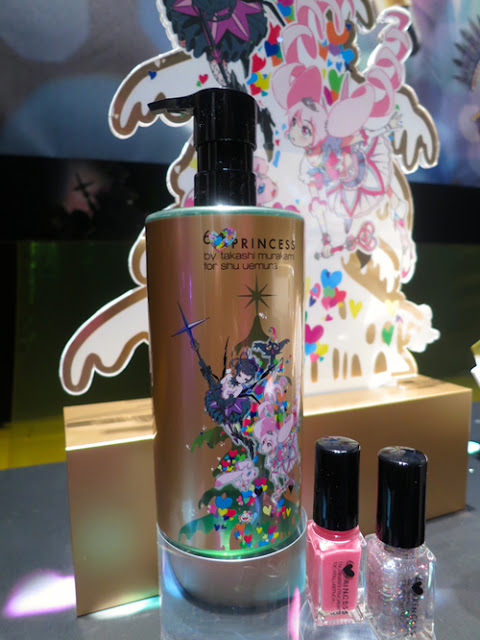 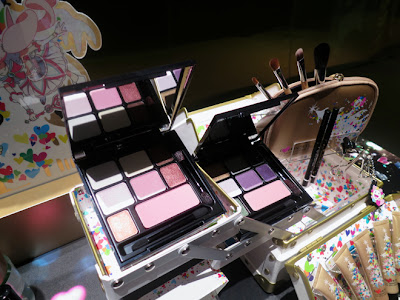 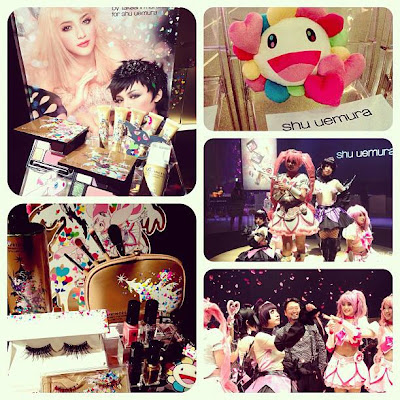 Pic below shows some character memorabilia that are not for sale. 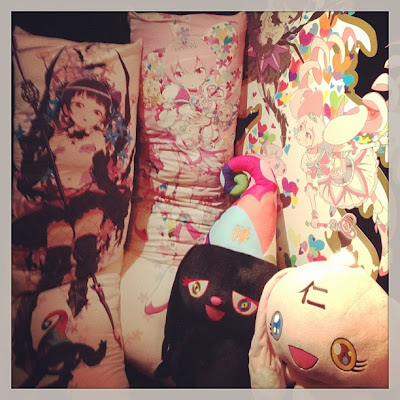 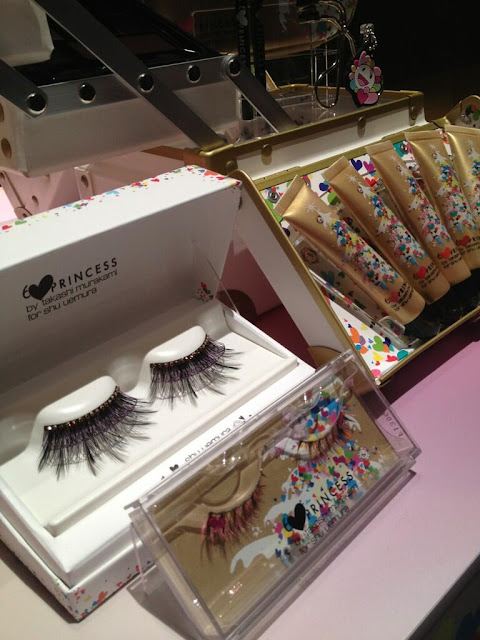 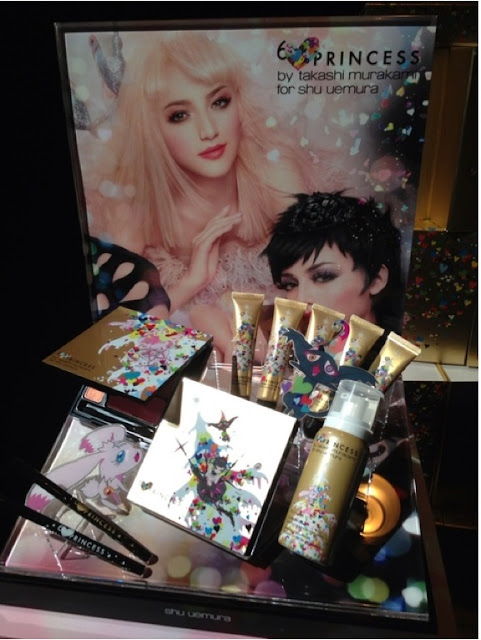 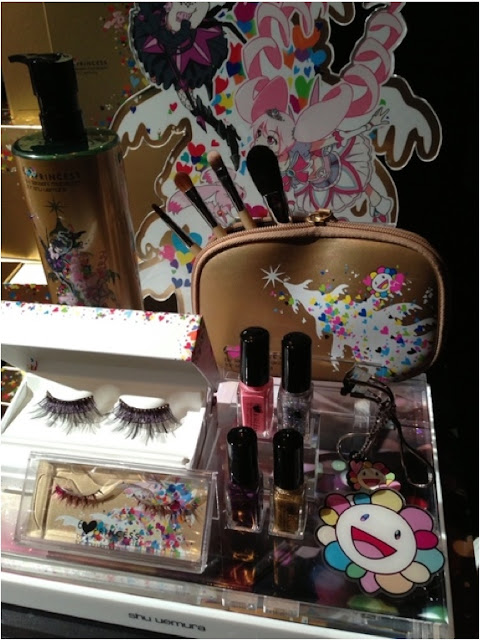 I love that lip and cheek fantasy. Another added stuff on my beauty box.

I am super excited for this. The promo images look great. I think I'll end up picking the palettes.

Whoa, are those Madoka Magica references intentional? or am I missing something? I know Murakami often works with otaku culture, but I'm not savvy enough to know exactly what he's referencing in his work.

I'm afraid I do not have any info about that.

It's not Madoka Magica, the characters shown in the product are from 6 Hearts Princess(es), which is an original production of Kaikai Kiki (Takashi Murakami's company). But it probably had a lot of similarity with Madoka Magica because they're of the same magical heroine genre :)

Not a make up person but that's looks pretty cute/kool/interesting. Think might try myself if the chance came up.