More pics of the five Lunasol Star Shower Eyes palettes. These are looking very promising! I've got my eye on #1, #2 and #3 :-) Too bad there's still several more weeks to wait for these which launch in Japan on 21 August. Hopefully, Kanebo won't wait too long to launch this in Singapore as well.

#1 Start of Night and #2 Medium Night 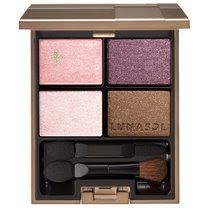 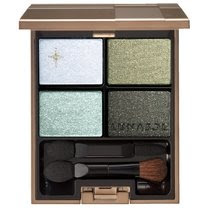 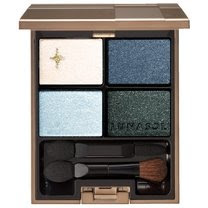 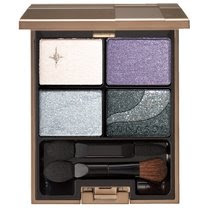 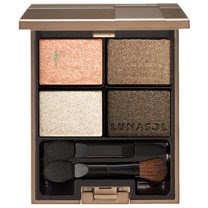 The promo visuals for this collection. 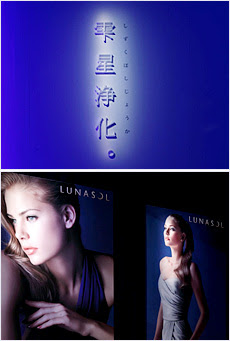 Oh no, these pics are even more attractive. What should I do?? =)

I was at Kaneo counter Taka yesterday. The sales told me that they are going to close the Kanebo counter at Robinsons Raffles City. This is why we can find Kanbeo stuff at Expo Robinsons Sale. Something like clear stock before move out.

Also, I was told that the TW and HK markets are big like Japan. That's why they get the new products faster than Sg. =( Oh well... back to our small nation. Anyway, I am still glad that we have at least 1 Lunasol counter here in Sg. ^_^

I MUST get a Lunasol Palette--Jess (Ohh Pretty) is always raving about hers! Thanks for the pics!

I always love the promo adds for Lunasol. The lady is gorgeous! I think #4 Star River is calling my name. There's even a river graphic running through one of them. Like an hieroglyphic! How cute.

So far, which range of Lunasol is your favourite? I've love sheer contrast. Do you think this new range will be very sparkling?

I find myself reaching for the Sheer Contrast Eyes Lavender Coral and the limited edition EX01 Blue Green Coral the most often. I also like the Geminate Eyes (Sapphire and Ruby) series very much but too bad Lunasol never extended the line. But Skin Modelling Eyes #1 Beige Beige is actually Lunasol's all-time top seller, I think.