Chanced across the special Anna Sui Beach Collection display area at Isetan Scotts today. If you are in the US, you can actually order the Dolly Girl mascaras, lipsticks and the beach collection from UrbanOutfitters.com. 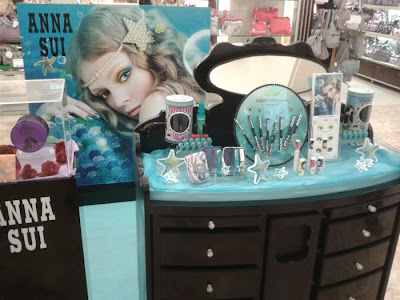 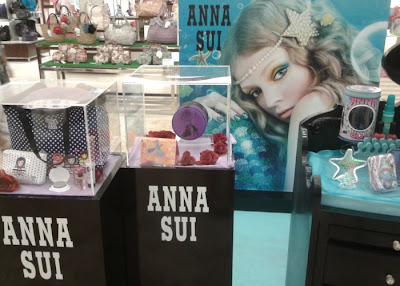 This is the gift with purchase of S$180. 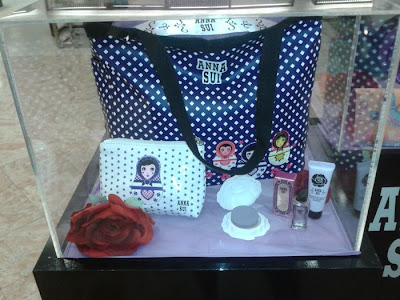 It includes the giant puff! Kas demonstrates how to use it on Mag :-) 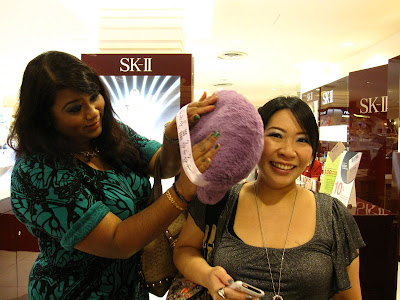 I also loved the colourful mermaid looks shown in the promotional booklet. 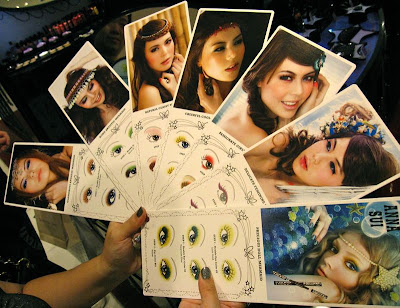 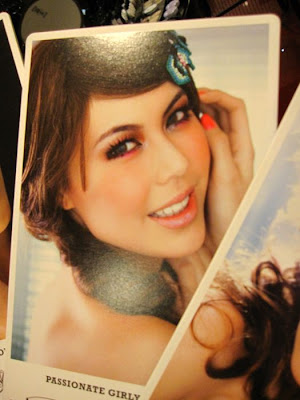 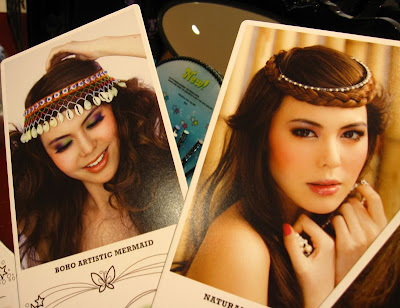 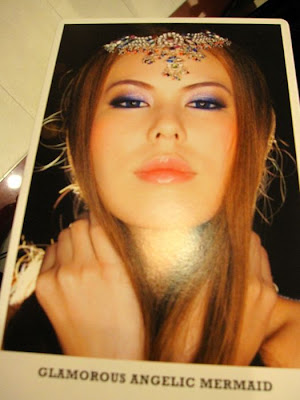 That looks like a really great GWP! The giant puff is super giant-sized! LOL!

The giant puff is cute and hilarious - I guess you use it as a pillow? The mascaras are super cute but the rose-scent that all the AS products I've tried have makes me sneeze >__<; Do you find it goes away with regular use? I just gave mine away rather than try, haha.

The photo of Kas and Mag was taken as Isetan Orchard but the first few photos of the Anna Sui promotional area and GWP are from Isetan Scotts.

hi justine,
The scent doesn't go away over time. I love it though!

hi Kat,
It's the funniest gwp I've seen in a long time!

The promo booklet is great! Do they give it out FOC or only with purchase? Do you know what eye products are used to create those mermaid looks?

I might get the double colour eyeshadows!! Looks interesting =)

Hi Rouge Deluxe, is the GWP only exclusive at ISETAN SCOTT? I'm disappointed that the GWP is different from BHG at bugis.

hi Hannah,
Yes, the cushion, along with the bag, pouch and perfume and foundation samples are the gift with $180 purchase. The booklet with the various mermaid looks is only for display at the counters. It's not given to any customers. Most of the looks are created with the new Double Eye Colors.

hi joey,
the giant puff is a gift with purchase. It's not sold by itself.

hi Sharon,
I'm not sure if the gift is exclusive to Isetan but so far, I've seen it at both Isetan Scotts and Isetan Orchard.

is it possible for you to take better pictures of those mermaid looks if you go back? Or if they give the booklet, to scan them? I'd be forever thankful!
How annoying that they didn't put those looks up on the website :(

Let me check with the Anna Sui PR and see what I can do!

Ooh I want that giant puff! You ladies are hilarious, love the shot! Haha!

Just want share that the giant puff is also part of the GWP at BHG Bugis with purchase of $180.

However, some of the other items in the GWP are different from that at Isetan Scotts. Instead of the small Dolly pouch and moisture rich foundation primer, BHG's GWP consists of a big makeup pouch and a hand lotion. The rest of the GWP items are the same.

Btw, I got the GWP at Isetan Scotts but was told it was either the giant puff or the bag, not both. :(