Chantecaille will release a Starlight Gold Collection kit (27,300yen) on 31 October in Japan. It includes a lipgloss, an eyeshadow, a face powder and a gold case. Chantecaille is currently available exclusively at Isetan's store in Shinjuku, Tokyo. 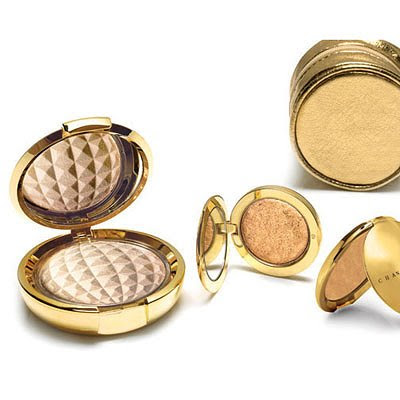 If the price tag is a bit of a shocker, well it's nothing compared to the new Nano Gold Energizing Cream (50ml) which will retail for 64,050yen starting 31 October. I guess if they're making it, someone is buying it! 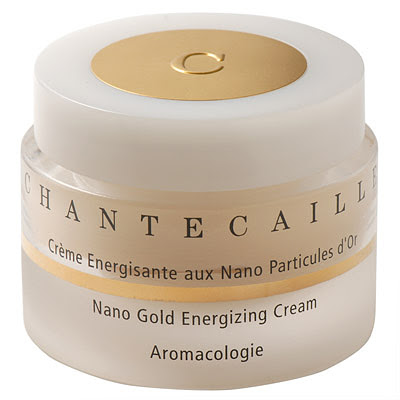 Holy CR*P! That's $646 USD!!! Who is buying that and can they adopt me?
They have the gold collection here in the US. It is really beautiful and the case is lovely too!

Wow, didn't realize that Chantecaille is available in Japan. The price is a bit off-putting, but it'll be fun to play with the testers.

I actually have to say shame on Chantecaille for releasing the Starlight kit in Japan this year. Starlight is the kit from last year's holiday release here in America.

The Starlight kit is still available in America. Even die hard Chantecaille fans like myself balked at paying $160 for a powder, eyeshadow, and lipgloss. The original price was going to be $185 but they dropped it $25.

Have you tried much Chantecaille yet? They are one of my favorite western marques. My only real complaint is the prices are going up astronomically.

And yes, sadly the Nano-gold cream is selling quite well. It's $420 in America.

Hi,
Chantecaille was only launched in Japan a month ago so I don't really see a problem with them releasing the Starlight kit in Japan, where such Christmas kits sell very well. It's similar to Paul & Joe releasing the Disney collection in the US several month after they released it in Japan. I'd much prefer a delayed release to releasing certain collections only in some countries.

What I find more outrageous is that the price for the Gold Nano Cream is almost 50% more in Japan than the US, that's just such a rip-off!

I haven't tried any Chantecaille yet although I loved the look of their butterfly motif palettes. The price point is just too expensive for me and I'd rather spend on other brands like Jill Stuart. In general, I stay far far away from brands like Guerlain, Chantecaille, La Mer, Cle de Peau where almost everything is over US$100.

You make an excellent point on the Christmas sets. What bothers me is they took the old unsold stock to Japan rather than make another run or the Bengal collection also available.

The markup for Japan is completely outrageous! Amazing how much more they added to the price.

It is expensive. Unfortunately I discovered it before I discovered Japanese marques. You are smart to stay away...