The new issue of Sweet (S$19), which comes with a small Marc by Marc Jacobs tote bag, arrived at Kinokuniya today. Looks like Kino anticipated overwhelming demand for this issue (thanks to their previous experience with InRed a couple months ago when InRed gave away a couple of Marc Jacobs zip pouches) and ordered a truckload! The good thing is there is probably no need to rush to Kino to snap this up as stocks will probably last for awhile. 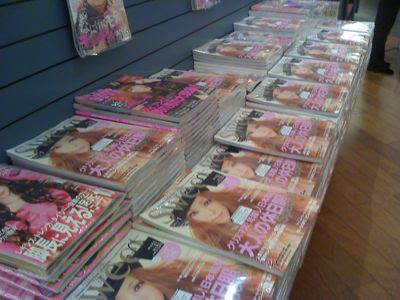 There's a sample of the bag on the wall at the Ngee Ann City store which you can check out before deciding whether to buy the magazine. It looks like the tote is made of canvas. I decided to pass on it as the bag design is quite generic and boring, and you are really just buying it for the brand name. I have more than enough small totes as it is anyway. 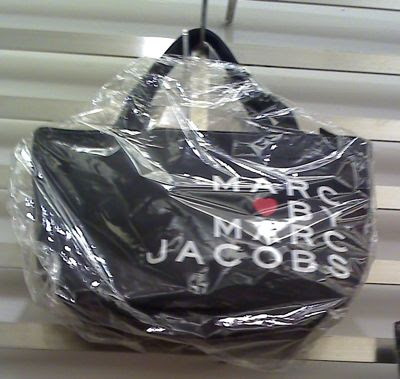 Much more eye-catching is the new Hello Kitty History Book of the various Hello Kitty figures produced in Japan's various prefectures and localities. The book is pricey at about S$42 but it comes with an actual Hello Kitty charm. Kino is also having the 20% discount for cardmembers until 27 Dec. 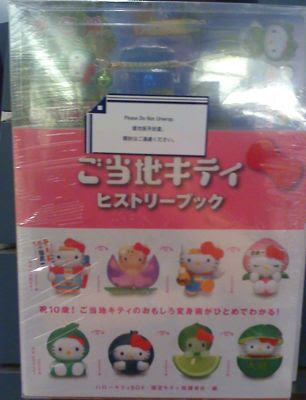 Woah! I din know Kino brought in so many copies of Sweet. I was at the bookstore this afternoon at abt 2pm and there were less than 20 copies of Sweet left! Managed to grab a copy, thank god! =]

Hi,
This pic was taken at the Ngee Ann City store at about 6.30pm. Perhaps they brought out more of the stocks after 2pm.

Wow~ i guess this has got to do with the poll on the unofficial Kino blog? Wahaha but the bag looks rather dull though.. Kudos to Kino for saving poor souls from lining up though.

Ah, I see. Yeah...probably so. But Kino still failed to bring in more copies of Steady! =[