To commemorate the 10th anniversary of Juicy Tubes, Lancome has teamed up with famed Japanese contemporary artist Yayoi Kusama for a limited edition collection. The collection has just launched at Tangs Orchard. 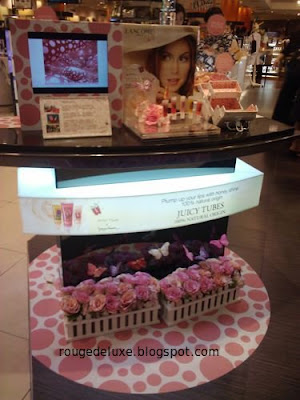 The Tangs Orchard counter is giving away a Kusama Makeup Case with purchase of S$230, including a Juicy Tubes Anniversary Set. With purchase of S$180, you can get a 7-piece Hydra Zen skincare sample set. 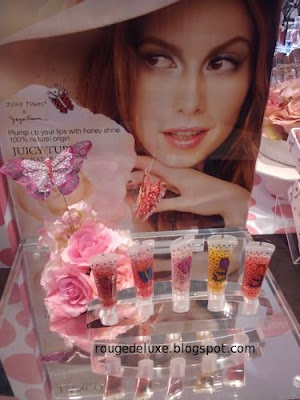 I was initially quite excited when I saw the photo of the traincase in Urban this morning but it turned out to be much smaller in real life than I had expected! 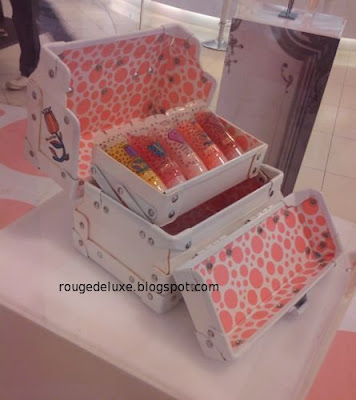 Also, the exterior material gets scratched quite easily. I also found the hinges for the inside tray to be a bit stiff. It does look cute but not really practical enough to justify spending so much on. 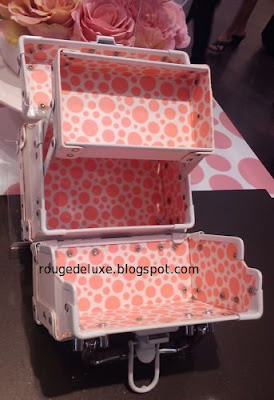 I am very surprised I thought the train case was for Japan only :)

hi,
Lately, Lancome Singapore has been bringing in products that were developed for Japan and using them as GWPs, like the Palette Blason.

That's nice to hear. It somehow always feels like being left out seeing the nice stuff being released only in Japan :)

Did you try any of the juicy tubes? they are quite different than the usual range in texture and feel

hi,
I didn't try out the Juicy Tubes. I think what's different about them is that they are supposed to be 100% natural in origin. Most looked clear and a couple had glitter, which was not appealing to me. Some have a very pretty shimmer though.

I wish I read this post earlier! I actually went out of my way and got the train case (and a few juicy tubes just for the sake of it)- it's cute but it barely fits anything... it fits the mini juicy tubes and that's about it (was hoping to keep it as my Lancome stash traincase- but the bottom deck holds like 4 palettes!)