Here are some swatches of the Lunasol Summer 2010 collection! Both eyeshadow quads are quite shimmery with EX01 Nature Summer Blue being the more unique and interesting of the two. 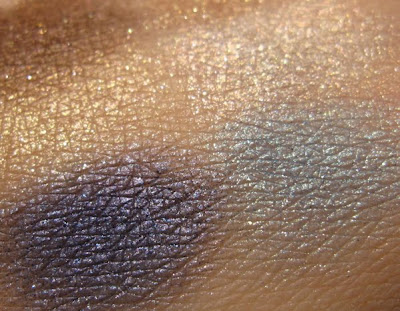 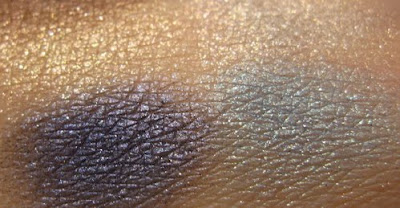 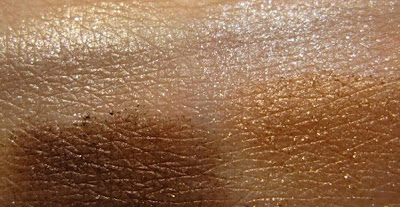 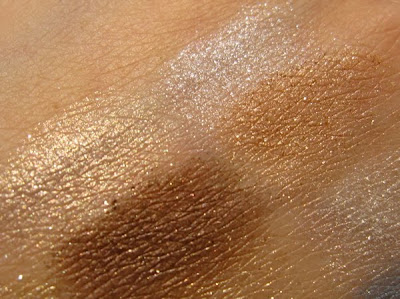 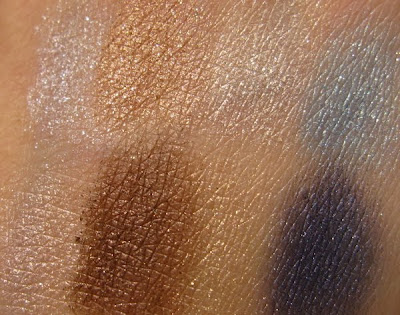 Modelling Face Color EX01 Modeling Bronze is swatched in its individual stripes in the pic below. When swirled together, it applies as a light tan with a slightly glowy finish. 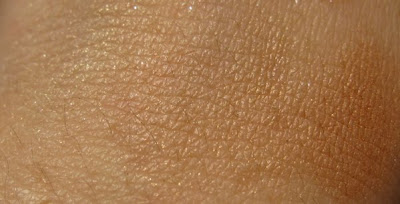 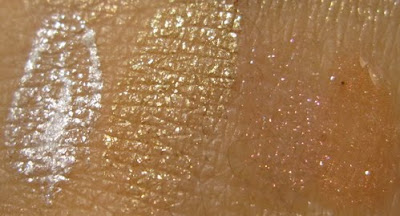 I have been a lunasol collector eversince i started reading ur blog in 2007. It's so hard to resist even though i tell myself i limit 1 palette per season but always end up more than that. Their colours really pay off so nicely. I am starting to save for this as well..:-)
Moonflower

Lunasol never fails to make eye candy collections season after season, i always covet the items they put out, they're always so pretty! :)

Wow You are so fast Haru
hmm after seeing the swatch of summer blue- I'm not really sure whether I shold get natural beige or summer blue since both have 2 similar color and both are pretty. what do u think?

Thanks for your swatches! I am definitely eyeing the new blue palette, it looks a little different from the previous LE one! Are you planning on getting it?

hi SuPeachChaya,
I would recommend going for Summer Blue as it is the more unique and interesting palette of the two. Natural Beige looks very similar to other beige palettes by Lunasol.

Hi Michelle,
Yup, I'm definitely gettng the blue one as it's different from the other blue Lunasol palettes that I have.

Hi Moonflower,
I've somehow ended up with more than a dozen Lunasol palettes myself. I like their shade combinations and they have also improved the textures such that the eyeshadows are not so powdery.

hi coffretgorge,
Lunasol is one of the more interesting Japanese brands in terms of the eyeshadow palettes that they release. Definitely very hard to resist!

Thank you so much for the swatches. Was going to buy the two but I think it is true what you have said, the brown color look very similar to their other palettes.

Wondering if you have any idea on the face modelling color palette?

hi,
The Face Modelling Palette didn't look very interesting to me, as it basically just adds a bit of a tanned effect.

Thanks very much for getting back Haru,I think after what you have said, I will leave the face palette and go for the Shu uemura face color palette instead.

Thanks again for the info.

hey so this limited edition palettes are already sold at the counter? cos in the previous post you mentioned it's 14 may..

hi Melissa,
the 14 May release date is for Japan. Lunasol's seasonal collections usually launch in Singapore 1-2 months after Japan, so this collection probably will arrive only in late June or July.