The Escentials boutique in Tangs Orchard has put up a Barbie Loves Stila window display! 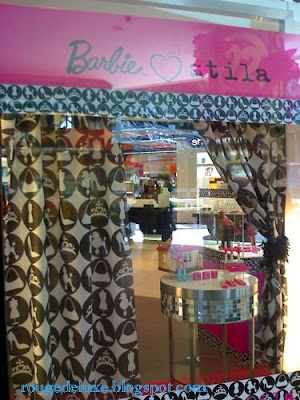 Judging from the display, it looks like they only have the Lip Enamel set, Lip Glazes, Smudge Pots and brush eyeliners left. No sign of the Barbie Loves Stila palette, which sold out quite quickly. 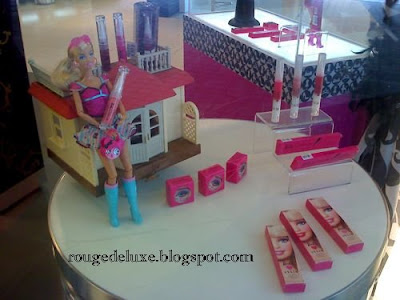 If I had more money (and a much larger house), I would love to collect Barbie dolls. As a child, I would spend countless hours in the Barbie aisle in department stores, just checking out all the dolls that we could not afford to buy at that time. Finally, when I was ten, my mom bought me my first Barbie (Peaches'n'Cream) when I did well on an exam. 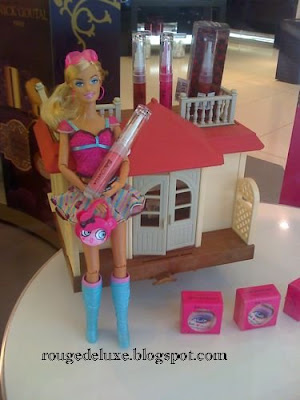 I only ever owned two Barbies with the other being an astronaut Barbie with the cutest fuchsia mini skirt and metallic silver tights. And my childhood friend got her parents to buy me a Barbie convertible car (in hot pink of course) for Christmas one year :-) Those were good times. Then I got too old for them and gave them to a young cousin. It broke my heart years later to see how badly she treated them (as she had dozens) with one even losing its head! 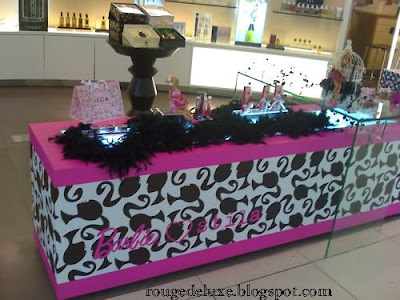 One thing I've noticed about the newer generations of Barbie dolls is that the faces of the Barbie dolls are not as pretty as those in the late '80s which had much more delicate features and smaller heads. 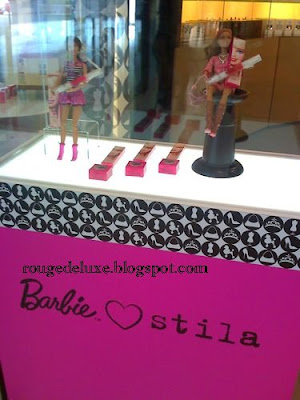 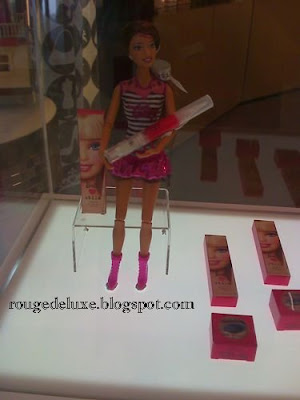 I chalk up the less attractive Barbies to the Bratz doll phenomenon. Those dolls are pretty ugly!

My grandma gave me her vintage Barbies from probably the 50s or 60s and they are so cute. I especially love Alan, Midge's boyfriend.

I treated my own Barbies badly. I loved to give them haircuts until they were almost bald. O_o What I would love to have now is a Volks Dollfie, but between the expense and having to put the thing together, I don't think I'll be getting one.

Oh, and since you remember the 80s Barbies, do you remember Crystal Barbie? OMG, her dress was beyond gorgeous and so 80s!

Definitely check out the Stila Smudge Pots, BTW. I love the purplish black one.

Hey Taryn,
I love Little Black Dress Smudge Pot too! I've been using it quite regularly ever since I bought it a few weeks ago. I also got the holiday 4 mini smudge pots set but haven't broken it out yet.

I found the Crystal Barbie TV ad by googling it :-) Yup, I remember that one! I hate Bratz dolls, never understood the appeal of them. I wish I had kept my two Barbies instead of giving them away. One of them just got re-issued. I would love to collect Blythe dolls too but those are just too expensive and take up too much space.

I was a bit disappointed that they didn't have the 4 mini smudge pots set anymore when I was down in Singapore last week. :( Didn't get anything from Barbie Loves Stila, but instead got something else.

My first Barbie was the Peaches & Cream also! I lost one of her shoe in the first hour though :( It was my first Christmas in Adelaide, Australia and I was 8 years old.

hi Vonvon,
That's a pity that you were not able to get the mini smudge pot set. But I hope you had a fun trip nonetheless!

Hey cewek,
That's such a coincidence! I thought the Peaches'n'Cream Barbie was just so dreamy in her frilly dress! I loved it so much :-)

would you, by any chance, remember how much the smudgepots were retailing for? =) tks!

hi audrey,
The Barbie smudge pots were S$48 each. The regular (non-Barbie) smudge pots are cheaper. The holiday smudge pot collection of 4 minis was S$58.