I decided to drop by the Kanebo counter in Takashimaya again yesterday to see if the Lunasol Party Coffret 2009 "White Lighting" had arrived. And I was in luck! According to the SA, it had just arrived on Wednesday. As the yen has risen by quite a bit against the Singapore dollar, the price has been raised from S$99 to S$118 this year. The price in Japan has stayed the same at 6825yen (which is about S$109 at the current exchange rate). 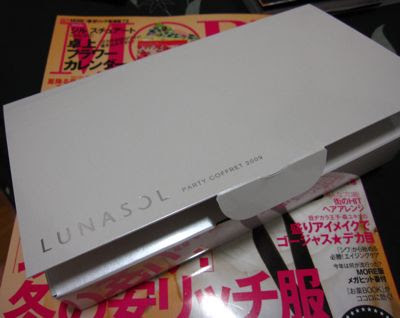 Love the small touches like this "merry christmas" greeting on the inner flap :-) 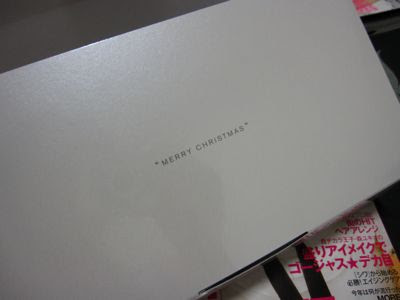 The set opens up like a Japanese bento box to reveal the four makeup products nestled snugly in the plastic tray. 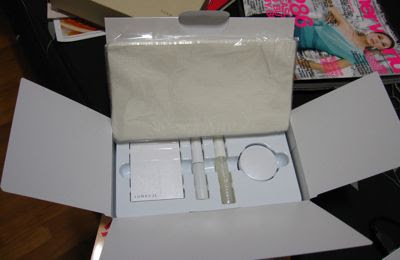 The party clutch is elegant and classy but I just would never have the chance to use something like this. 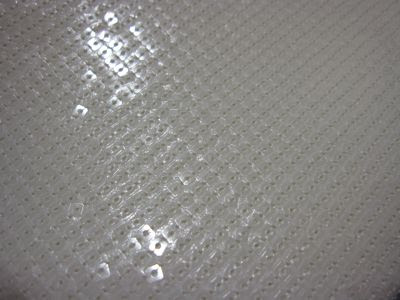 Interior of the clutch has a side pocket. 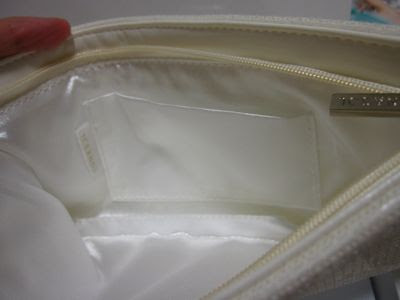 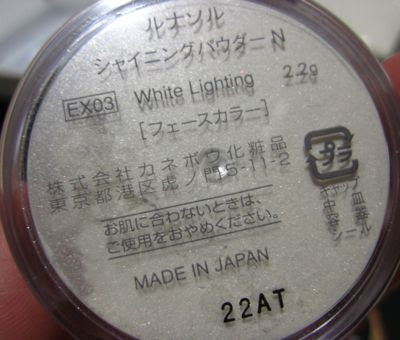 The Full Glamour Gloss N EX13 White Lighting contains a generous amount of product (7.3g) and is basically clear with multi-color shimmer and a slanted doe-foot sponge applicator. Perfect for adding sparkle to any lipstick. 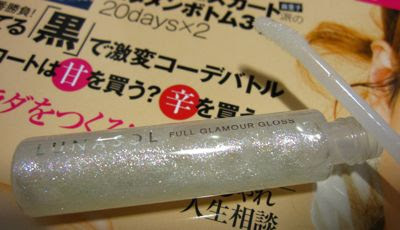 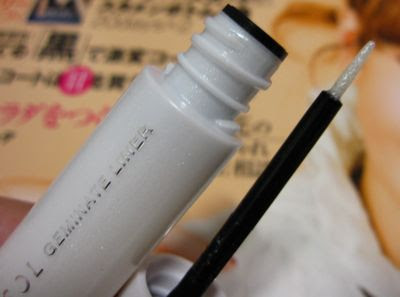 I like the shimmery white compact of this year's holiday palette, which will make it stand out from Lunasol's usual brown cases. 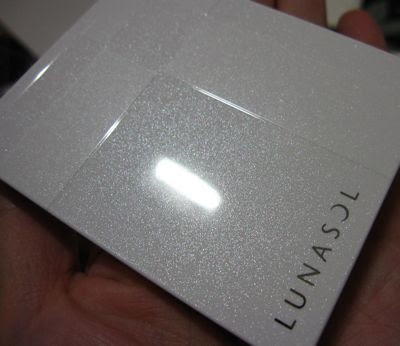 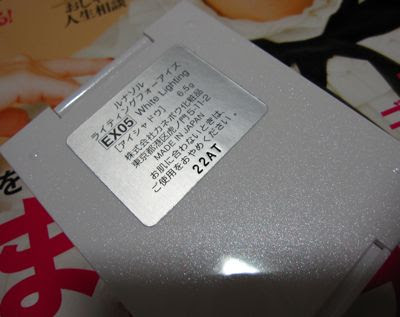 And finally, the eyeshadows! Even the applicators have white handles, which is another thoughtful touch. This is actually my first purchase of a Lunasol holiday coffret. I skipped those from the past few years as they usually contained boring brown/beige-themed palettes which I just wouldn't wear often but I thought this year's shade combination looked quite pretty.

Unfortunately, the coffret does not qualify for the GWP (which is only for purchase of regular items). The Star Showers Eyes palettes seem to have been a big hit with #2 Medium Night (green) and #3 Dazzling Night (blue/grey) out of stock again.
Posted by Haru at 1:52 am

The Lunasol eyeshadows looks so pretty! My coffret is on the way but currently HK post is so behind in their delivery. MAybe I am lucky and getting it today or early next week =D
I must say that the eyeshadow is the only thing really interesting me though. I am not into loose highlighters and the white gloss looks very boring. I like the liquid liner though!

I still think last year´s kit was the best they released as I like the eyeshadow (rose tones..one of the few rose quads I can wear) and blush very much and the brown eyeliner and glitter nail polish are so pretty, too!

How pretty! Hope you'll do an EOTD with this!

I was at Takashimaya on Thursday for the Impress facial wash promotion. I wanted to get a Star Shower Eyes in #02 Medium Night, but since it was out of stock, I bought the #05 Close of Night instead. The SA informed me that they have only just placed orders for #02 and #03, and will most likely get the stocks in late December. The SA told me they placed a second order for the Stardust Purification palettes in end Oct and the shipments usually arrive after 2 months. Do you recall when were they released in Singapore? I am quite surprised that the #02 and #03 palettes went OOS so quickly. I was feeling quite exasperated with myself for not picking it up in HK, as now I will have to wait until end Dec to get it (which I think is quite pointless since we will be entering spring soon and there will be more spring palettes to purchase).

The spring collection may not arrive in Singapore until March 2010, according to the Kanebo SA that I spoke to. As for the Star Shower palettes, they were first launched in Singapore in the first week of November. Many ladies had pre-ordered the palette then so even then, #3 was sold out for awhile before they got more stocks in. The Kanebo counter is often out of stock of the most popular Lunasol palettes, which I think is quite silly as Lunasol is a huge brand in Japan and there shouldn't be any stock shortage on the Japan side.

Thanks for the great closeups!

Could you do swatches of the products especially the eyeshadow and shimmer powder? It would really help me decide whether to buy it. Thanks in advance! :)

hi blu,
This Taiwanese blogger has done excellent swatches and pics of the coffret. Do check it out!
http://sharon0418.pixnet.net/blog/post/25378821

Thanks so much for the link! Now to ponder the state of my makeup budget first :D

Oh Haru, first you tempt me with the Esprique Precious Illuminate Fantasy Collection and now this. One seems like such a good deal to pass up while the Lunasol Party Coffret turns out to be more gorgeous than I expected after checking out that Taiwanese blog, though I might still find it difficult to use the white items like the gloss, liner and powder.

I'm in such a dilemma now so Haru, need your help here, if there's only one Christmas coffret to get, which would it be?

I would decide based on which coffret you think you would get the most use out of. There is a big difference in the prices of the Lunasol coffret versus the Esprique Precious coffret with Lunasol being more than twice as expensive at $118 versus $48 for Esprique. If you don't think you will get much use out of the Lunasol, then no point getting it. The Lunasol eyeshadow quad is quite pretty when applied (the only shade I don't like in it is the silver glitter shade in the bottom right corner) whereas I find the Esprique Precious face color to be a bit lacking in terms of pigment. If you have the time, do drop by the counter and check them out in person to see which one you like better. The Kanebo counter only has the tester for the eyeshadow palette though. I'm not sure if there are testers at the Kose counter for the Esprique set. The Esprique Precious set is more affordable but after using the products, I would say none of them are really super wow or must-haves.