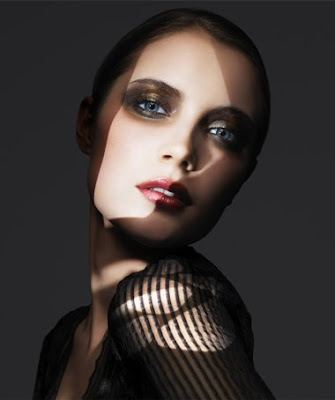 This is the first mode collection that is not produced by the brand's founder, makeup maestro Shu Uemura who passed away last December. Created by Shu Uemura International Artistic Director, Uchiide Kakuyasu, who was personally groomed by Shu for many years, the collection is designed to bring out women's inner sensuality and femininity with layerable, sensual and iridescent shades of fall in modern, elegant palettes covered in silver, gold and black motifs. 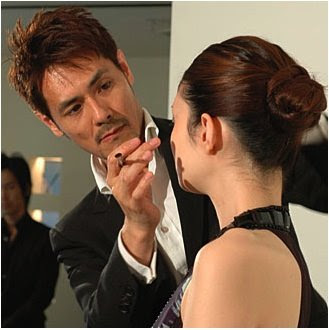 Instead of the usual focus on eye makeup, Uchiide is more concerned about skin, in particular how to create skin with the inner glow that one gets when one is in love. To that end, he created the limited edition Luring Powder Rose (4200yen) which helps to give skin a gentle rosy flush of colour. 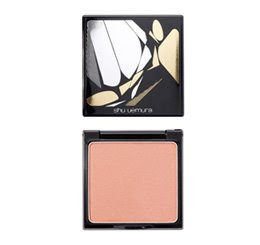 The American version of Instinct differs from the Japanese collection. Japan, and presumably the rest of Asia, is getting three limited edition Cream Eyeshadows (2940yen) in Mystifier, Tantaliser and Mesmeriser and three new Eyeshadow N (2415yen) in ME Brown 850, ME Brown 855 and ME Gold 350. 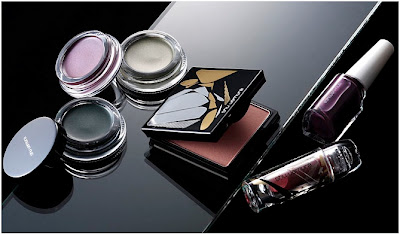 The American collection features eyeshadow duos (US$36) that comprise one cream eyeshadow and one Eyeshadow N. The duos are much more convenient and portable but the disadvantage is that you don't get to select the shades that you want. 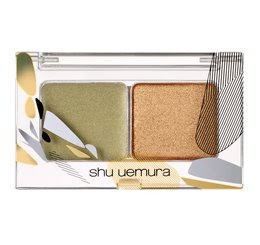 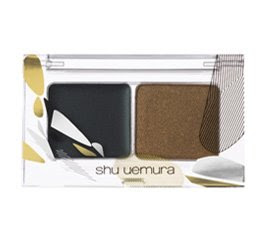 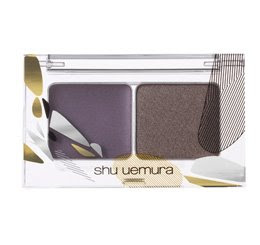 The American collection also has a limited edition Glow On Blush in Steam that is not part of the Japanese collection. Steam is described as a 'luxurious, sensual highlight shade with platinum-like glitters that glamorously lights up the face'. 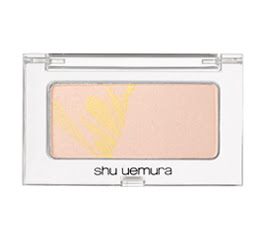 The Japanese collection on the other hand, has a limited edition Twilight Zone false eyelashes (2310yen) in gradational shades of purple and brown, and three limited edition Vinyl Unlimited (Lip Gloss) that are not available in the US.

I've got my eye on the Cream Eyeshadows, especially the dark plum Mesmeriser and dark green Mystifier, which look like they would be excellent used on their own or as bases for powder eyeshadow. Can't wait for the collection to launch in Singapore!
Posted by Haru at 7:17 am

Hm weird. When I was in Taiwan they had the American version out (duos, steam blush) but also the lashes; no vinyl gloss though. Very weird.

I tried some of their cream shadows at the counter and they're pretty nice; especially the bright lime green.

So does the duos contain one of each newly released cream e/s and powder e/s?

It looks like the cream eyeshadows in the duos are the same as the new ones in the Japanese release but I'm not sure about the powder eyeshadows as the American website did not state which shades are in the duos.

Oh no, this collection looks pretty good. I am tempted by the e.s duos and the glow on blush :) thanks for sharing!